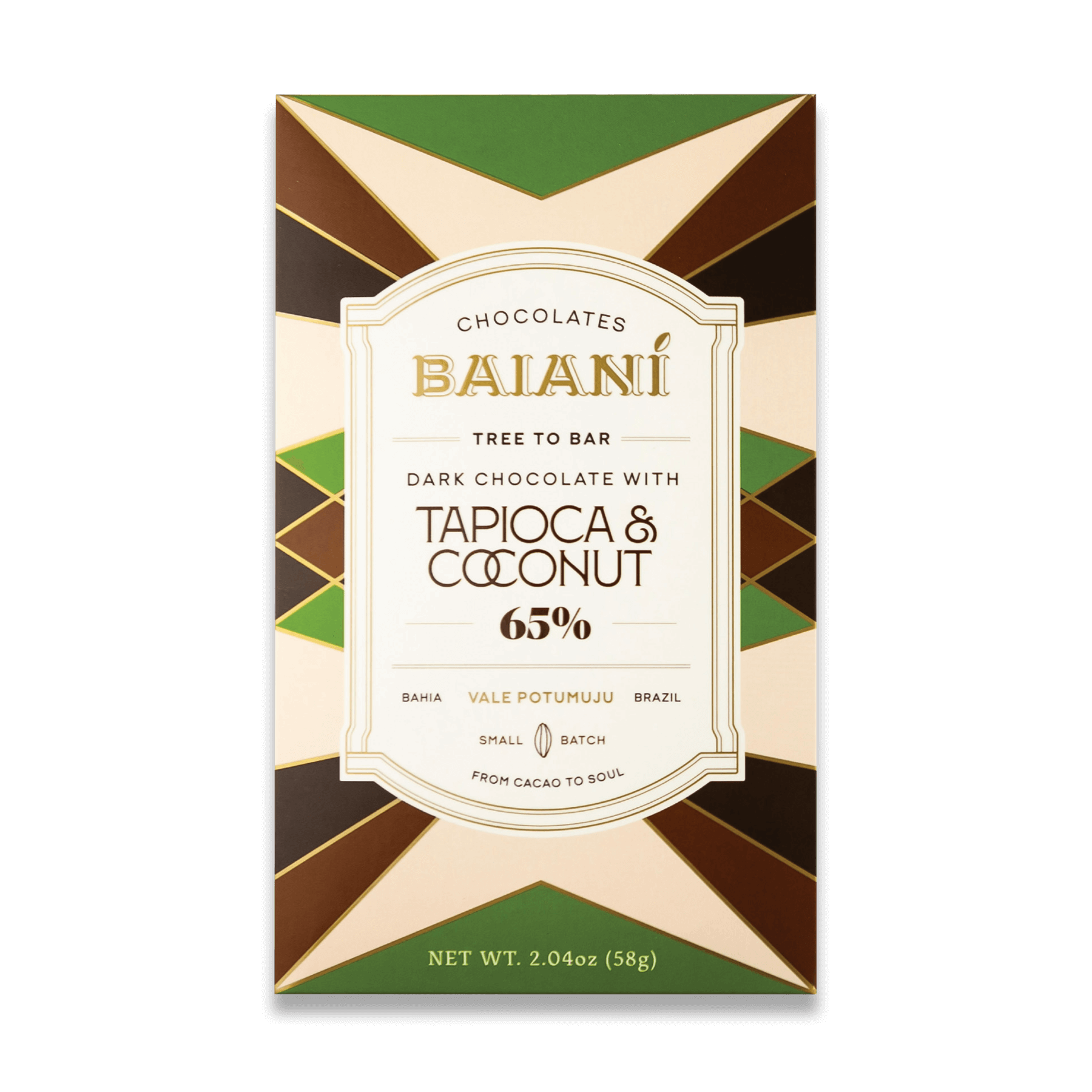 Our farm and origin, Vale Potumuju, is located in the state of Bahia, where most of the Baianí factory crew comes from. In that region Tapioca mixed with coconut is an issue of local pride and included in several traditional recipes of desserts. This is attributed to the cultural and culinary interchanges between the native indians, African slaves and Portuguese settlers, resulting in our Brazilian melting pot.

Juliana learned many of these recipes from her grandmother that prepared the “Beijus”, “Cuscuz” and other dishes, accompanied by coconut, always grated by hand, as a therapy. Another gastronomical luxury is caramelizing the coconut for different uses. So, it was natural and fitting that we created a recipe that pays homage to family tradition. A crunchy and exquisite combination of our 65% chocolate with tapioca and coconut that takes us on a sensory trip to Bahia!

The % Daily Value (DV) tells you how much a nutrient in a serving of food contributes to a daily diet. 2,000 calories a day is used for general advice.